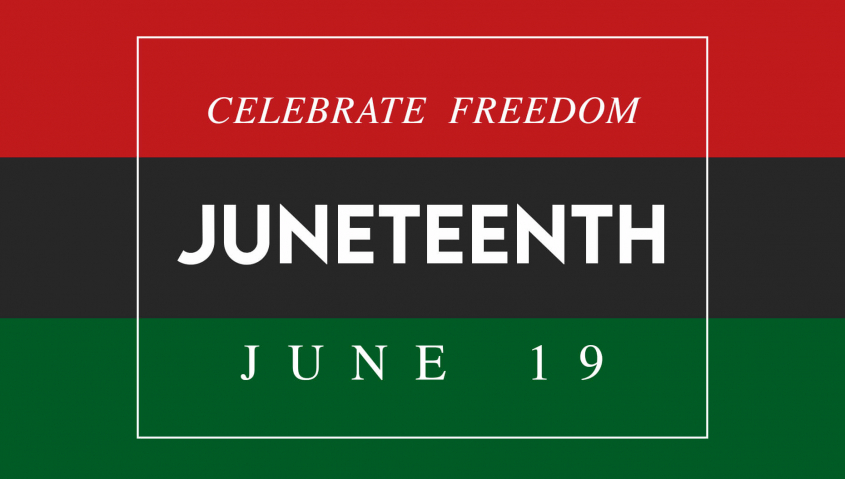 Juneteenth, celebrated on June 19th, is an American holiday that commemorates the day in 1865 when the last enslaved people in the United States were finally freed. Although the Emancipation Proclamation signed by President Lincoln on January 1, 1863 abolished slavery in the United States, many slaveholders didn’t comply with the order until Union troops arrived to enforce it, according to the Smithsonian National Museum of African American History and Culture. June 19, nicknamed Juneteenth, was chosen as a day to celebrate freedom for all.

New York’s Governor Cuomo issued an Executive Order this year, recognizing Juneteenth as a holiday for state employees. He said in an accompanying statement, “Friday is Juneteenth – a day to commemorate the end of slavery in the United States – and it’s a day that is especially relevant in this moment in history. Although slavery ended over 150 years ago, there has still been rampant, systemic discrimination and injustice in this state and this nation, and we have been working to enact real reforms to address these inequalities.”

RCare is closing early to allow our team to join in the celebration, to honor our nation’s rich and diverse history, and to take time to reflect on America’s achievements and its flaws, and its efforts to address the ongoing social injustice that continues today against our brothers and sisters. It is our hope that by honoring Juneteenth, RCare is making a small contribution to making this country a better place.

A Backup Plan: Using Central Station Monitoring to Ensure Every Call is Ans...