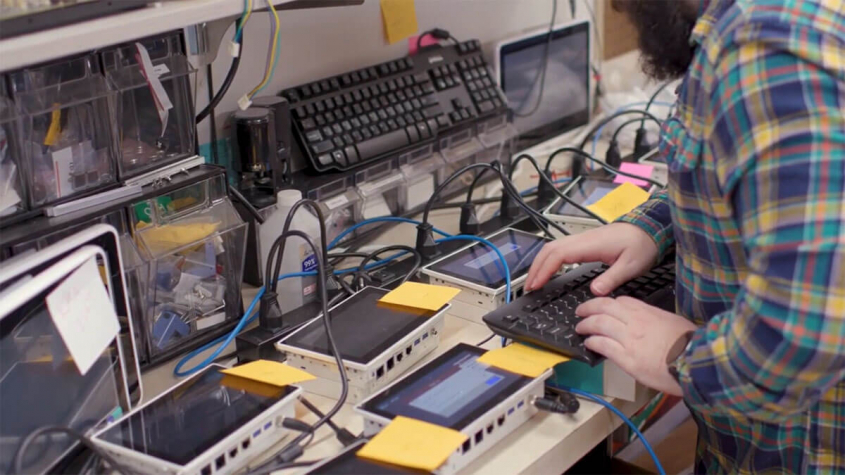 The Challenge:
UMass Memorial Hospital had a problem. At the peak of the COVID-19 outbreak, it was being flooded with patients, and needed to expand capacity, fast.

The Solution:
To convert the 50,000 square foot Exhibit Hall of the DCU Center, a convention center and arena, into a “pop-up” temporary field hospital, to handle the overflow of patients.

The Timeline:
They had just ten days. They finished in eight.

The Story:
The DCU Center is an indoor arena and convention center in downtown Worcester, MA. In April, its Exhibition Hall was converted to a field hospital to help nearby UMass Memorial Hospital handle the overflow of COVID-19 patients, those sick enough to require hospitalization, but not sick enough to require ICU care or a ventilator. It was repurposed to act as both a field hospital led by UMass, and a shelter for homeless people who tested positive for the disease.

Despite the unconventional setting, with its many challenges, the quality of care needed to be top-notch, and that included the nurse call system. It had to be quick to install, and completely reliable, because lives would depend on it.

Signet has a long-standing relationship with UMass Memorial Health Care. It installs the majority of the beds in both of their Worcester campuses as well as satellite locations, with high-end wired nurse call solutions, in addition to managing other systems such as public address and master clocks. They knew they could count on RCare for a solution that works.

A Rapid Deployment Kit nurse call system includes a touchscreen server, one pendant for each patient, and four pagers. No internet connection is needed for the system, and no phone lines. The system is designed to be plug and play, and is pre-programmed to be ready to use right out of the box. One RCare RDK is fully programmed for up to 40 patients and 4 caregivers, however it can be expanded with RCare’s Expansion Kits. Patient beds are outfitted with clip-on placards that correspond to patient call buttons, so caregivers can see which patients are calling. RCare’s G4 platform provides best-in-class range to cover large campuses and deepen building penetration, which allows it to be reliable in any setting. 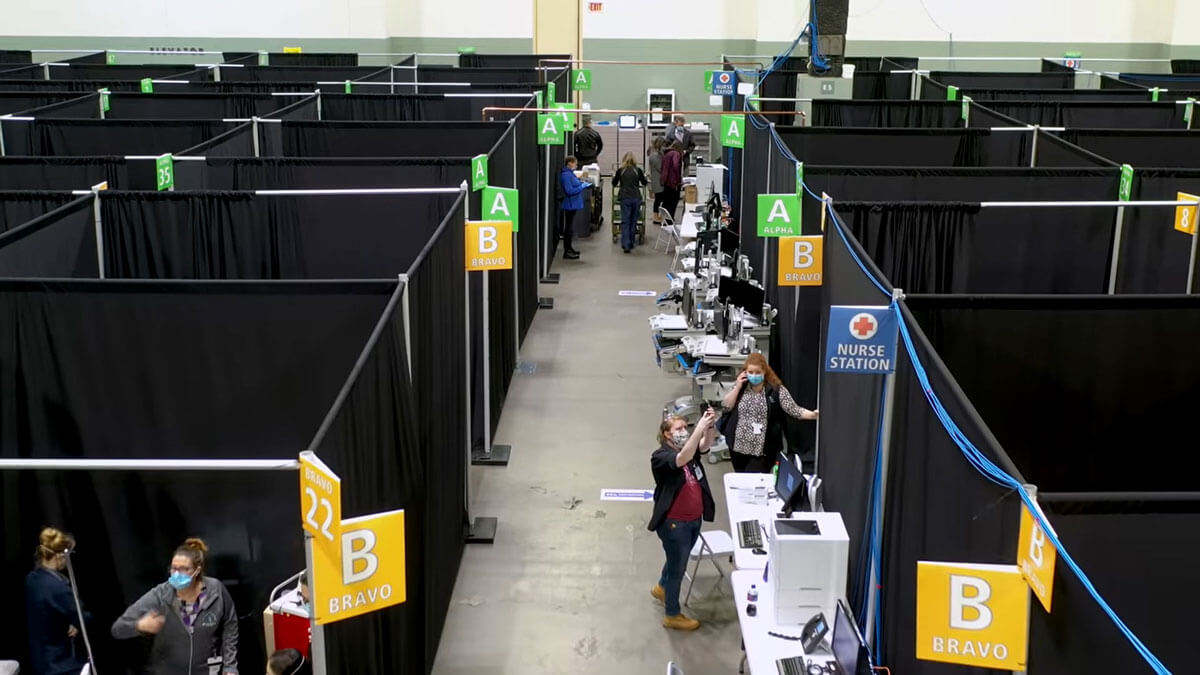 The UMass temporary hospital was created in a 50,000 sq ft exhibition hall with cube-type barriers separating patient spaces. Nothing could be permanently mounted. The server was placed behind folding tables that nurses use for charting, on a box, with the paging encoder on top of it. Locators were hung on centrally-located poles with tie wraps. The server and paging encoder were plugged into a network switch with a patch cable. Pendants were given to the staff for distribution to patients as they were admitted. The openness of the space proved to be a benefit for signal transmission, allowing calls to be initiated from a pendant and received the full length of the space.

The system was installed overnight, and was completed and tested the following morning. Mark Roy, Senior Client Executive at Signet, described the scene.

Despite the tight schedule, Mark praised the UMass staff, who were very helpful, and provided everything needed in record time.

UMass returned the compliment. Sean Grady, Unit Coordinator for UMass Memorial said this about the installation:

“The RCare rollout was probably the best of any  vendor rollout involved with the DCU project. From project management to technical install, it could not have gone any more smoothly. I can tell you that the nurse call system has worked great for us at the field hospital we have set up in Worcester.”

RCare is proud to be part of the solution for this ambitious project. Our Rapid Deployment Nurse Call Kit (RDK) is a plug-and-play, portable, pre-programmed nurse call system in a box that can be set up in hours instead of days, in a situation lacking standard infrastructure, while providing the critical, reliable communications required in a hospital setting, even a non-traditional one.