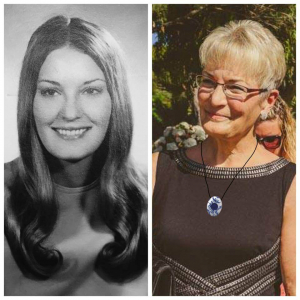 My mom isn’t vain, but she does take pride in her appearance. She always has. It never occurred to me that one day it might put her in danger.

Even though she lives in an independent living 65+ community, I still  worry about her. When she started having dizzy spells I took her to the doctor and they adjusted her blood pressure medication. But I wanted her to have one of those push button things, too. You know, the “I’ve fallen and I can’t get up” buttons. I wanted to know that if she fell or had a problem, all she needed to do was push a button and help would be on the way. So I spoke to the people running the community. Turns out, they do have such buttons and I arranged for Mom to get one.

The problem was getting her to wear it. At first I thought it was just forgetfulness, but it was limited to this one issue. Every time I picked her up for lunch or dropped in for a visit, she never had it on. When I reminded her, she would apologize and go put it on. But the next time I saw her it would be the same: She didn’t have it on.

That’s when it hit me. Mom wasn’t wearing it because she didn’t like how it looked. And who could blame her? It really was kind of ugly. And it must have felt like wearing a sign that reads “I’m old and frail.” But I kept telling her that if she doesn’t wear it, it won’t do her any good. She seemed to be far less worried than I.

I didn’t know what to do. I felt scared and worried. If mom refused this, I thought about switching her level of care, which she would not like and would be very expensive. So, one last time I went back to the staff and asked for their recommendation. Their response was amazing. Turns out they’d just received new push button pendants from RCare called Pretty Pretty Pendants. They said it might be just right for mom. When I saw them, I had to agree. They looked like they were designed for my mom. They are fully functioning push-button pendants, but the design is sleek, flawless and beautiful, elegant enough to wear as a necklace.

As I suspected I presented the necklace to mom and she loved it. She instantly put it on and it looked amazing, like she does. She wears it with pride, knowing she looks great and I feel great knowing there is that extra safety net.

Now when I go visit her it’s always on. Every time. Thank you RCare. Pretty Pretty Pendants are pretty great!