Mister Jones is Gonna be a Big Star!

Please join us in welcoming Gary Jones to the RCare team. He is our new Director of National Sales and he’s a perfect addition to the RCare staff. 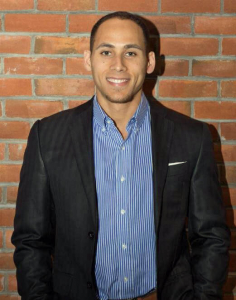 We have to be honest, we couldn’t help trying to get Mr. Jones to “strike up a conversation.” It wasn’t hard to get him talking. He’s an incredibly smart, compassionate, friendly and personable guy. It was an obvious choice that he had the perfect mix of sales, technology and healthcare experience to be a great fit to our crew. Not to mention, he’s a swell guy who strongly believes in the RCare mission and vision.

He comes to us with a wide background in sales, technology, and health care. Before coming to RCare, Gary worked for the American Heart Association as the Director of Business Development & Corporate Relations. He has also worked for Asus, and the University of Rochester.

Gary attended Cornell University, and graduated with a degree in Biology. At Cornell, he competed on the Division I Track & Field team, where he was a Triple Jump champion. He is an Olympic Trials qualifier in that event as well.

So prepare to be amazed when you say “jump” and he says “how high?”

But Gary is not just about sales, healthcare and technology. In his spare time, he competes in CrossFit competitions around the country. He loves to travel, especially with his fiancée, Sarah. His favorite destination so far is Cairo, Egypt. Even though Mr. Gary Jones has admitted that he doesn’t know any “black-haired flamenco dancers,” we do know that he’s gonna be a big star.

If you’re going to be on the road, you may have a chance to meet Gary. He’s going to be at HealthTAC in Nashville later this week. You’ll also find Gary at PEAK Leadership Summit in Washington, D.C. He’ll bring along our March 2017 catalog, which showcases all of our advanced nurse call solutions. We’ll also debut brand new products such as the BCube. The BCube offers all of the advanced features and technologies of our flagship nurse call solutions, but is designed, priced and scaled for smaller senior campuses.

Stop by and introduce yourself. We like Gary. We think you’ll like him, too. And trust us, Mr Jones is not only funky, but we know he really is gonna be a big, big star.